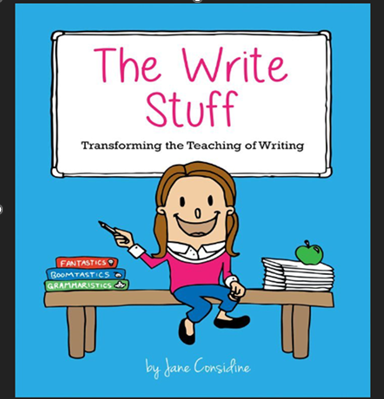 At Willington Primary School, we have adopted ‘The Write Stuff’ approach to teaching writing, which was developed by a leading English consultant, Jane Considine based on evidence based research into the teaching and learning of writing. It consists of a clear and systematic approach to the teaching of writing, providing a step-by-step framework to support children in becoming successful writers.

The high quality modelling enables the children to succeed when they come to do their own independent writing and they love to see their own work regularly celebrated.

As a school, all children from the Early Years to Year 6 learn to write through the Write Stuff approach in order to bring clarity and consistency to the mechanics of writing and to enable our children to write effectively and coherently.

The Write Stuff uses a method called 'Sentence Stacking' which refers to the fact that sentences are stacked together chronologically and organised to engage children with short, intensive moments of learning that they can then immediately apply to their own writing.  An individual lesson is based on a sentence model, broken in to 3 learning chunks.

Each learning chunk has three sections:

1. Initiate section – a stimulus to capture the children’s imagination and set up a sentence.

3. Enable section – the children write their sentence, following the model.

Children are challenged to ‘Deepen the Moment’ which requires them to independently draw upon previously learnt skills and apply them to their writing during that chunk.

Writing Rainbow and include:- 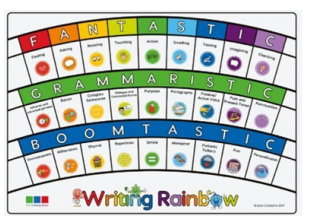 The Reception class use a Writing Rainbow specifically differentiated to meet the needs of the Early Years children and prepare them for future writing success. It supports the children's phonic learning and ensures language and vocabulary is developed to support the writing process.

Following a sequence of sentence stacking lessons based on a particular genre of writing, children are given the opportunity to show what they have learnt by planning and writing their own independent piece. After they have written their independent piece, their work is marked by the class teacher who identifies different aspects of their written piece to be edited before a final draft is completed.

Unfortunately not the ones with chocolate chips.

Some cookies are necessary in order to make this website function correctly. These are set by default and whilst you can block or delete them by changing your browser settings, some functionality such as being able to log in to the website will not work if you do this. The necessary cookies set on this website are as follows:

Cookies that are not necessary to make the website work, but which enable additional functionality, can also be set. By default these cookies are disabled, but you can choose to enable them below: